New technologies for the older generation 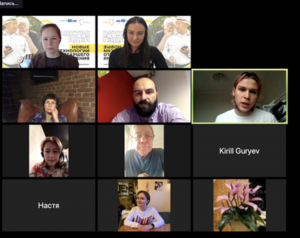 During the event, Business Incubator “Ingria” provided detailed information on the OSIRIS project, demonstrated achieved results and findings, as well as presented the outline of the innovation program to a broad public. The event was attended by representatives of the government, infrastructure support organizations, business and public.

Overall, four projects were admitted to participation in the contest. The first one was focusing on building an interactive website, using which the older generation would easily learn how to use messaging apps to communicate with family and friends. The second project drew attention to the social activity of pensioners as an important factor in the quality and duration of life. The goal of the project was to create voluntary municipal councils of elders that will help to involve pensioners into social life. The third project was willing to solve the problem of social isolation of the elderly by creating a communication program for all interested in learning foreign languages. The program would help to find “language buddy” for the senior citizens, so both parties would be learning and practising foreign languages. The last project was an infrastructure project aiming to build a safe urban environment for the older generation by introducing safe traffic lights. The application in the cell phone developed especially for the seniors could transfer the signal to the traffic lights and indicate when some more time is needed for the senior to cross the street.

All projects received relevant feedback and recommendations from the invited experts regarding further development. All projects were also approached after the contest. Based on the results of the presentations, the experts of Business Incubator Ingria discussed the prospects and further steps for development with each project individually.

Information sessions: Innovation ProgramEvent, Latvia
Workshops: Silver Financing MechanismEvent, Russia
We use cookies to ensure that we give you the best experience on our website. If you continue to use this site we will assume that you are happy with it.I agree